The following are recommended network configurations for the installation of the CommServe server, MediaAgent, and Virtual Server Agent (VSA) within an AWS environment. Note the following: 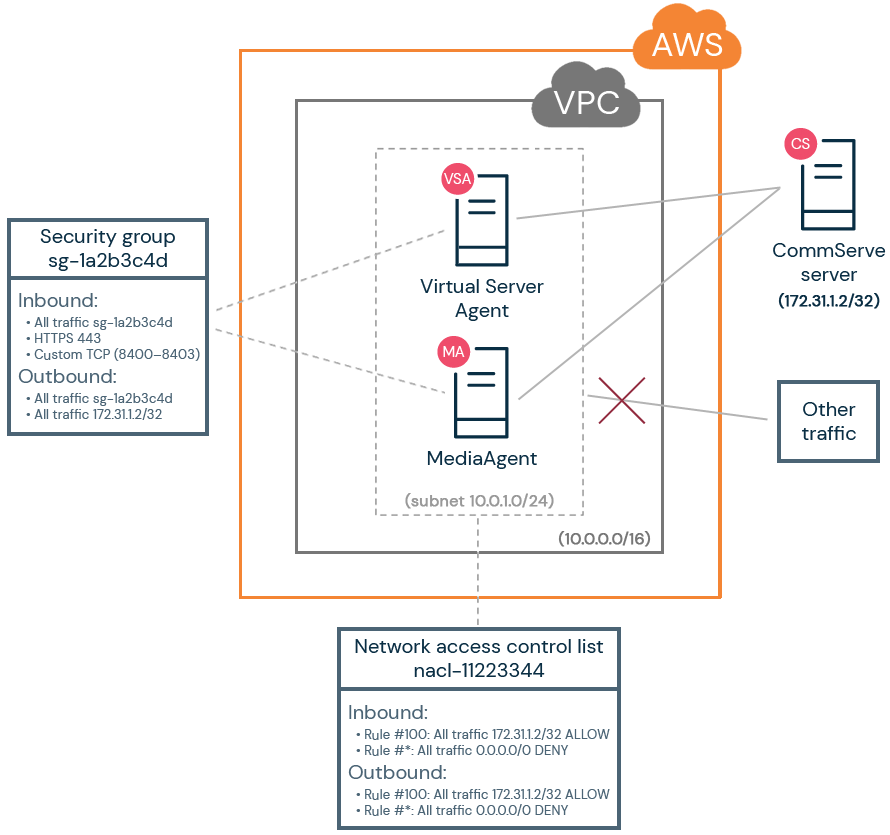 The following network configuration is recommended when the CommServe server is on-premises, when there is a private network, and when the customer wants to accept all other incoming traffic. 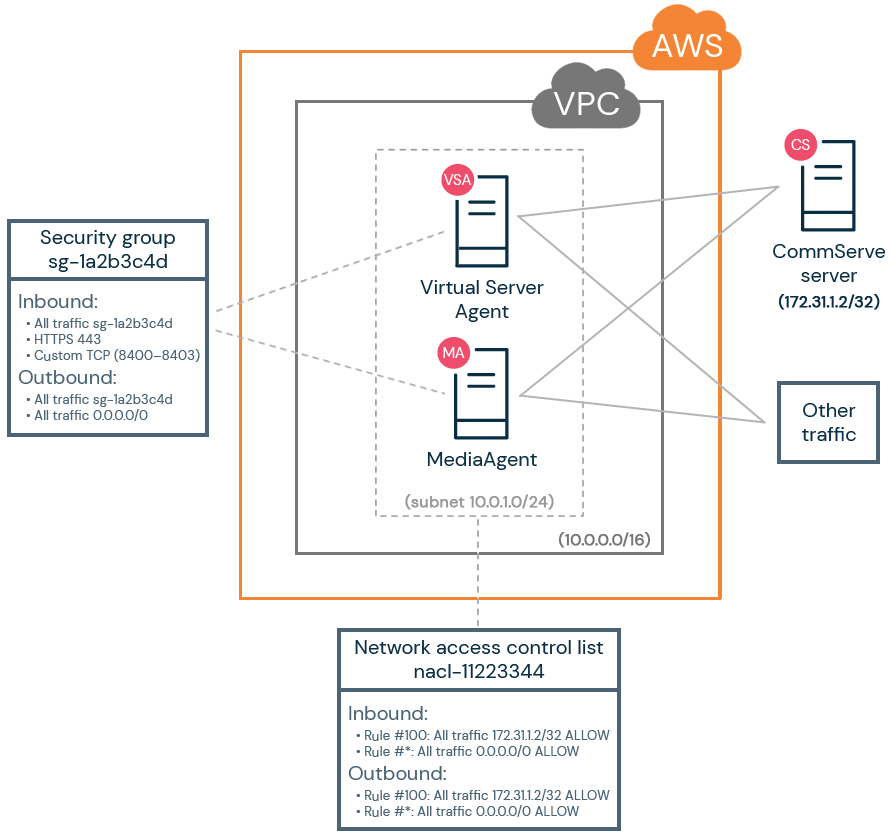 The following network configuration is recommended when all Commvault components are located in the AWS environment. 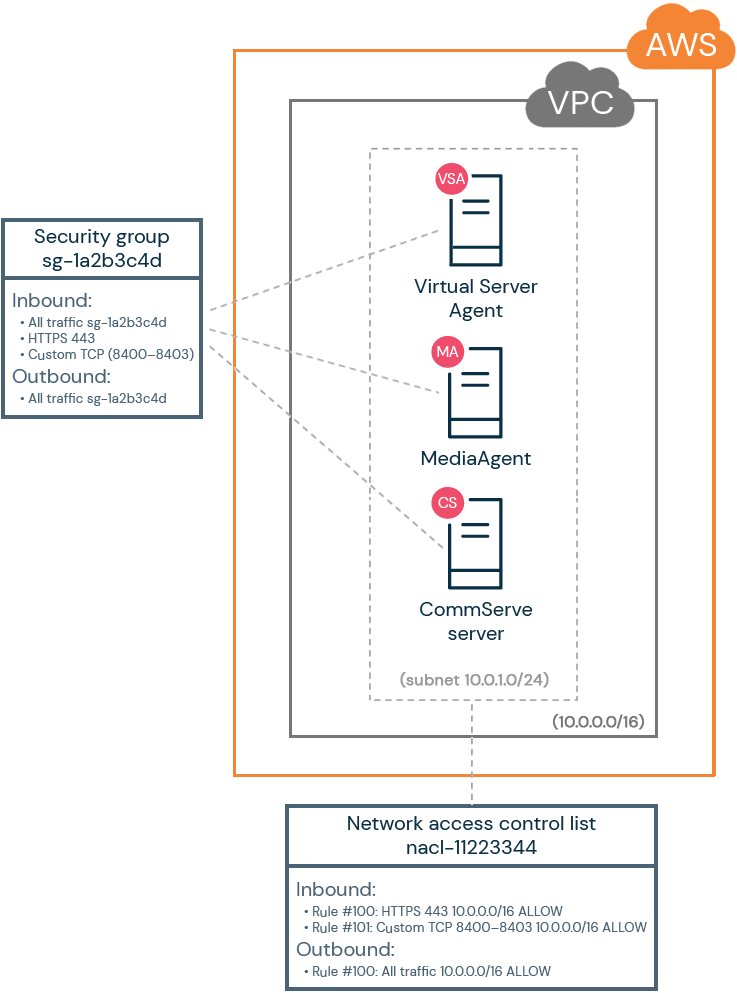 By default, all communication with Cloud Libraries use HTTPS, which ensures that all in-flight traffic is encrypted between the MediaAgent and the Cloud Library end-point, but traffic between Commvault nodes is not encrypted by default. As a best practice, any network communications between Commvault modules that route over the public Internet should be encrypted to ensure data security. You can configure network routes using standard Commvault network configurations (two-way and one-way) and enable encryption on those routes.

Data stored in a public cloud is usually on shared infrastructure logically segmented to ensure security. As a best practice, add an extra layer of protection by encrypting all at-rest data. Most cloud providers require that any seeded data is shipped in an encrypted format. An example of seeding data in AWS is with the use of AWS Snowball or AWS Snowball Edge devices.

As a best practice, restrict access using a security group to control access at the protocol and port level. Also, apply the principle of "least privilege" when you design and implement rules in your security groups. Only allow the access that is needed, and do not apply overly permissive access because this can increase the risk of security breaches and vulnerabilities.