Missed SLA in the SLA Report

The Missed SLA Report displays detailed information about the servers that failed to meet the SLA threshold. A server misses SLA when there are no successful backup jobs run in a given time range. Additional conditions for missed SLA include:

The Missed SLA chart displays the number of servers that missed the SLA threshold for each reason that backup jobs did not run. 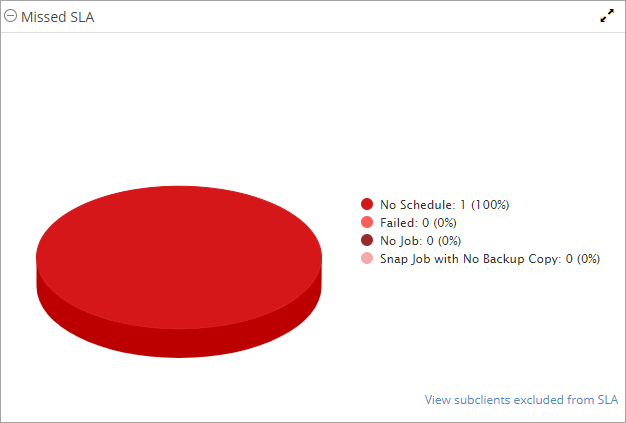 To view this report, in the SLA Server Summary chart, click Missed SLA.

From this table, you can open another report with detailed information about each subclient that missed SLA: