You can deploy Commvault to protect workloads running in VMware Cloud on AWS. The vCenter and hosts reside on high-performance servers in the AWS datacenter. 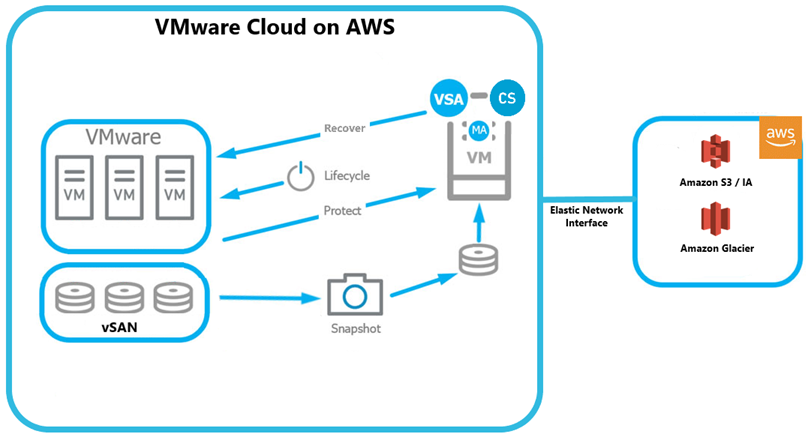 VMware Cloud on AWS operates in the same way as an on-premises deployment of VMware, except that AWS does not provide access to hosts.

For best results, use an S3 VPC endpoint to communicate with S3 resources.

For best results, deploy Commvault components on guest VMs on VMware Cloud. The CommServe software, VSA proxies, and MediaAgents can be installed on a single standalone VM, or on separate VMs.