In the event of a disaster, recovery time can be minimized by having a stand-by site for disaster recovery. The following features support disaster recovery for virtual machines protected by the Virtual Server Agent (VSA) for VMware:

Note: For the vCenter server, see Protecting and Recovering a vCenter Server.

Preparing for a Full System Recovery 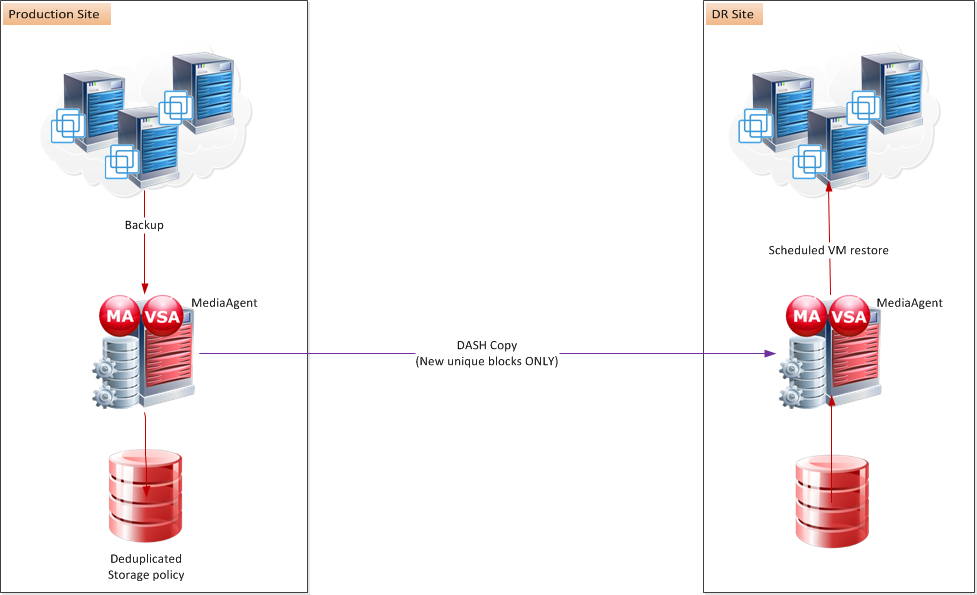 A stand-by server consists of the following:

To recover full virtual machines in the event of a disaster, see Recovering Virtual Machines for VMware.

Reverting to the Production Server